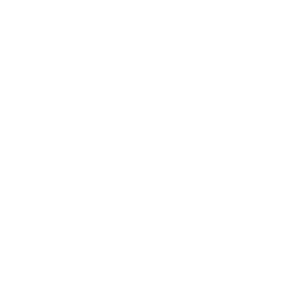 ActivePure® scientifically proven to reduce 99.98% of the SARS-CoV-2 novel coronavirus in the air and on surfaces. 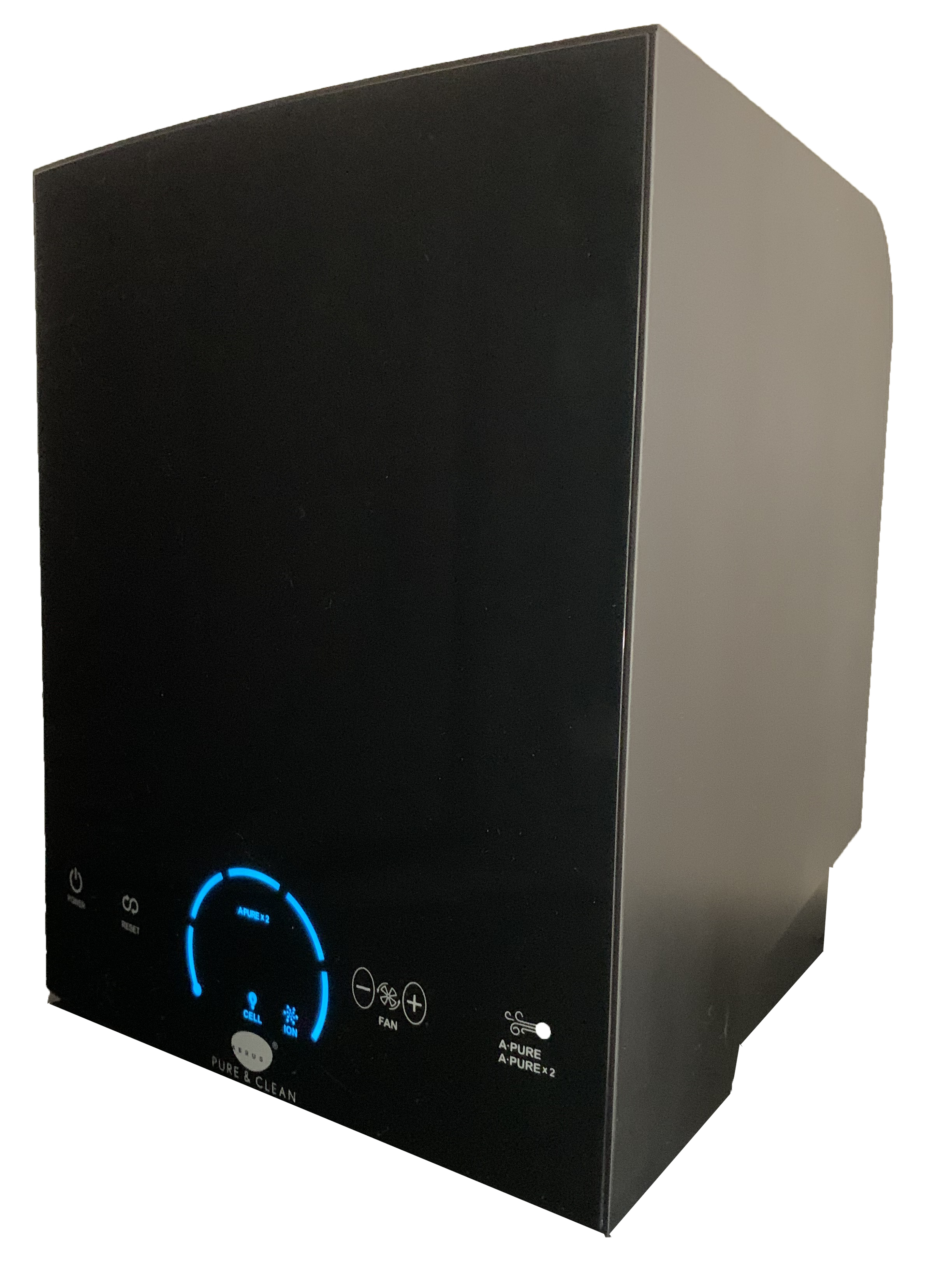 PROVEN TO ELIMINATE COVID-19 IN THE AIR AND ON SURFACES!


Air & Surface Pro+ continuously cleans the air and high-touch surfaces. Its proprietary ActivePure® technology pushes oxidizers, (hydrogen peroxide is the most familiar of the oxidizers), through the indoor environment. The oxidizers neutralize pollutants and contaminants that other technologies can’t reach. The system takes in the air that then goes through five layers of filtration.

ActivePure® has been proven effective in FDA Compliant Lab testing against
RNA Virus and DNA Viruses. 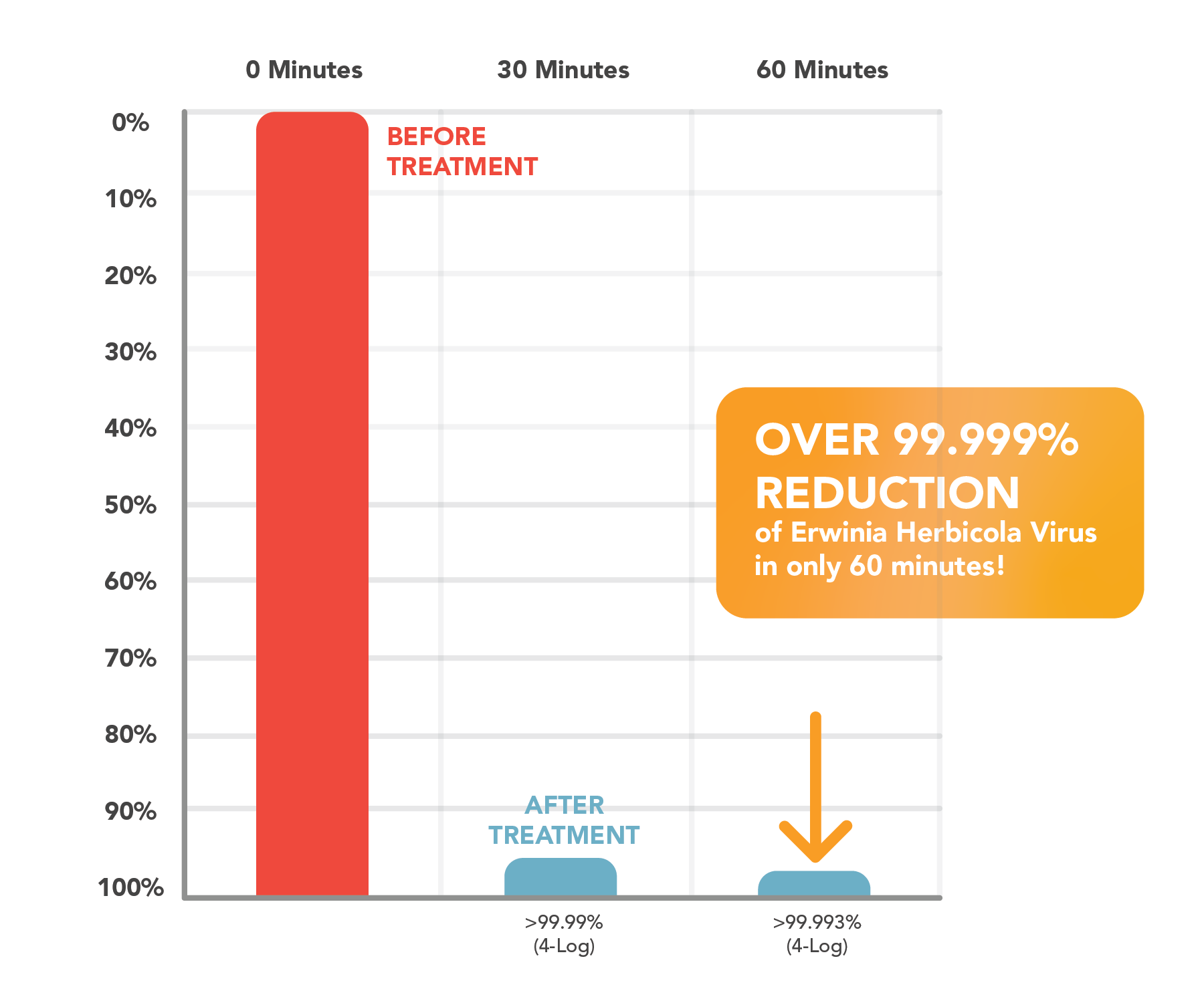 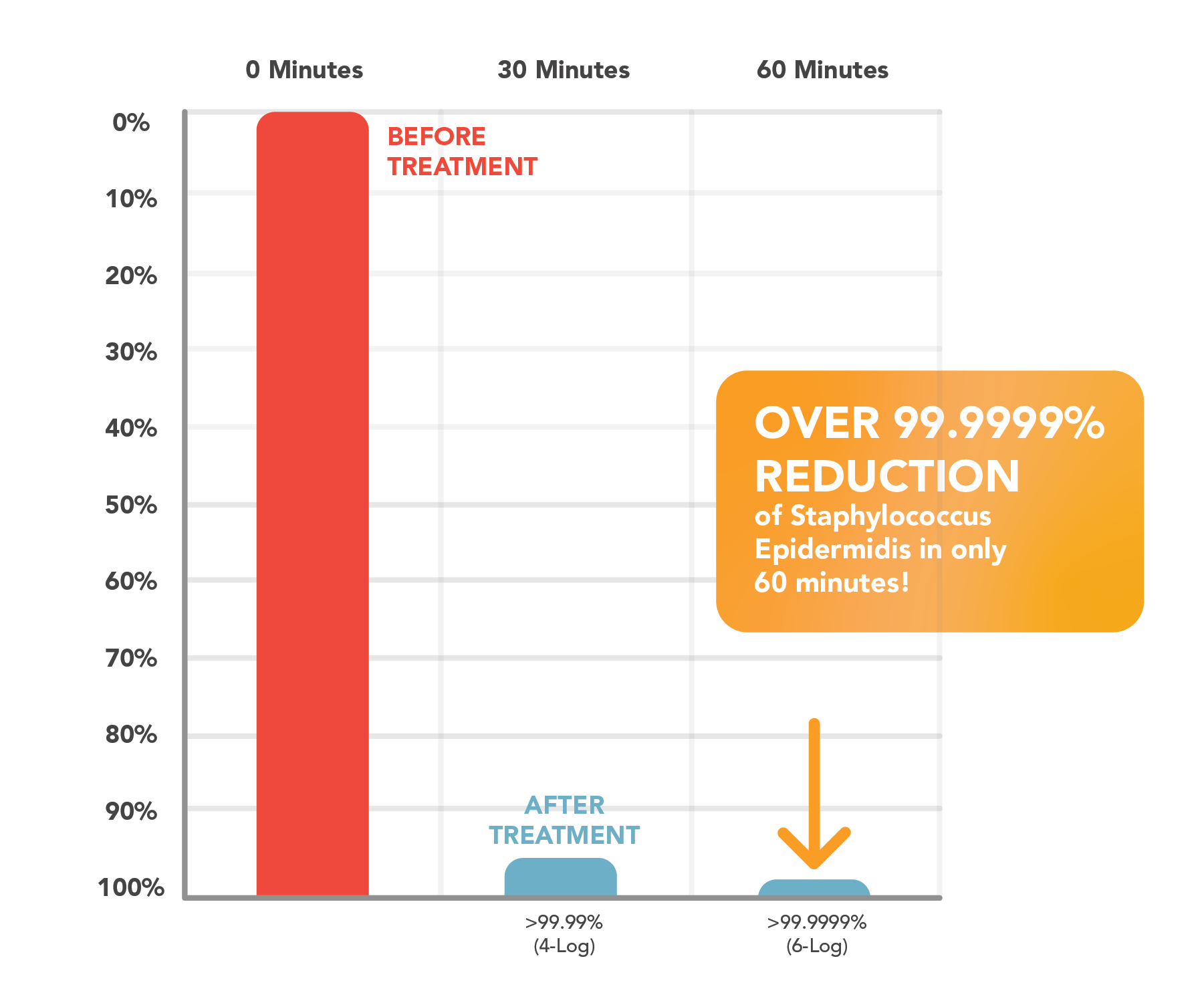 Reduction of bacteria testing was conducted in compliance with FDA protocols in an FDA Certified Compliant Laboratory. 
Testing was done at MRIGlobal, an independent, FDA-Compliant laboratory. The reduction percentages were measured incrementally over natural degradation of SARS-CoV-2. Outside of control group – over 99.9% reduction of the SARS-CoV-2 virus.

How Does It Work?

Units with ActivePure Technology pull free oxygen and water molecules in the air through ActivePure’s patented honeycomb matrix. The technology creates powerful oxidizers, known as ActivePure Molecules, that are then released back into the room, where they seek and destroy DNA and RNA viruses including SARS-CoV-2 (novel coronavirus), Swine Flu (H1N1), Avian Bird Flu (H5N8), Hepatitis A (HAV) and MS2 bacteriophage, regardless of their size, on surfaces and in the air. 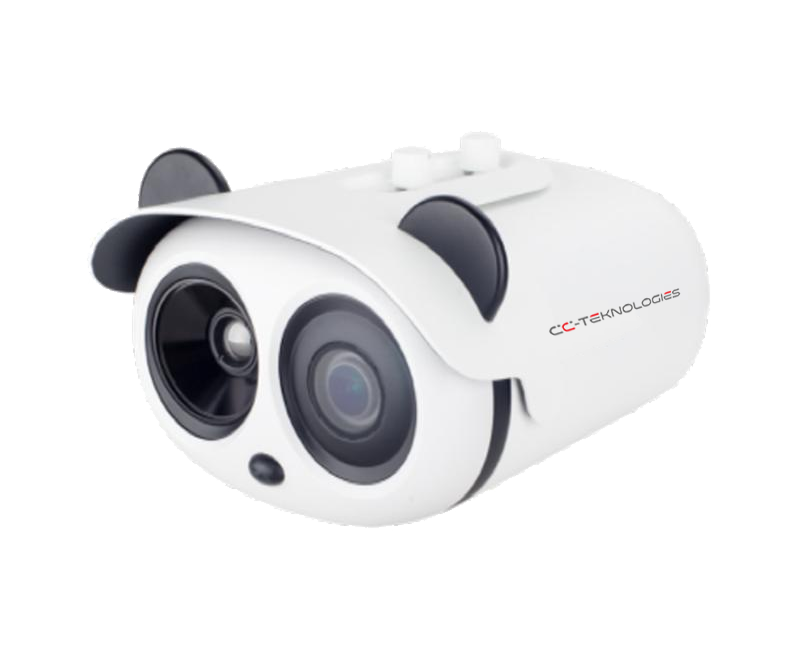 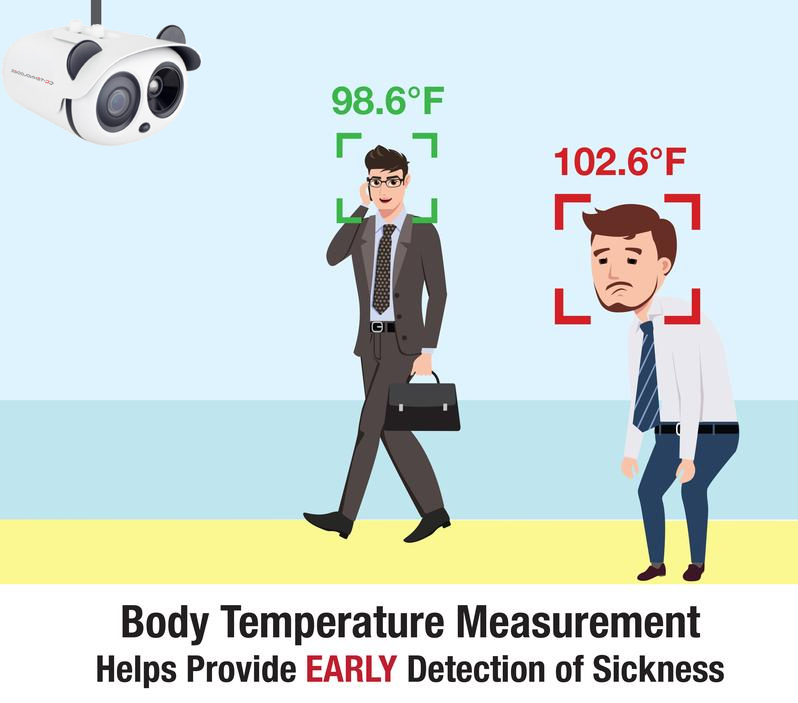 Pro-Techs is a unique non-migrating antimicrobial technology that works 24/7 to prevent growth of bacteria, fungi, algae, yeasts, and viruses with a 99.9% effectiveness on a wide variety of treated articles and substrates. The antimicrobial active is registered under the EPA, European Biocidal Products Regulation, and many other comparable regulatory bodies around the world. The antimicrobial has been used safely and effectively for more than forty years.

First things first, we use our cutting edge solutions to clean and disinfect.

As soon as we apply our PRO-Techs antimicrobial, it begins working 24/7 to protect against unwanted microbials.

Our technology creates a semi-permanent bond with whatever surface it is applied to.

Through a variety of domestic and international regulatory testing protocols Pro-Techs has shown to possess very unique characteristics; they are both bio-static (inhibits) and bio-cidal (kills). Pro-Techs is effective in reducing a broad spectrum of bacteria, mold, mildew, fungi and algae. This is due to Pro-Tech’s unique water-stable organosilane molecular structure and patented compounds that are composed of three parts:

Part 1: is the “silane base.” This is the compound that anchors and triggers the covalent bonding functionality which allows Pro-Techs to adhere to surfaces and textiles and remain durable for up to several months when applied to textiles. Pro-Techs resultant durability means it is not fugitive, i.e., does not leach or become mobile. Pro-Techs actually becomes part of the surface to which it is applied.

Part 2: is the vertically-aligned long 18-carbon chain bed of “micro-swords” which puncture and impale microbe cell membranes, the first phase of cell death.

Part 3: is the positively-charged nitrogen atoms. The cell membranes of the microorganisms carry a negative charge and are attracted to the positive nitrogen charge on the Pro-Techs shielded surface. The nitrogen positive electric charge is directed at the impaled and punctured microbes, resulting in electrocution at the molecular level with “explosion” of the microbe target and definitive cell death. There is no transfer of energy with electrical kill method, thus the process continues to work indefinitely at full strength. Electrocution precludes an environment for mutant (adaptive) “super bug” (antibiotic-resistant) pathogens).

Pro-Techs is a unique non-migrating antimicrobial technology that works 24/7 to prevent growth of bacteria, fungi, algae, yeasts, and viruses

In order to maintain social distance and physical separation, CC-Teknologies Inc can help with our clear CashierScreen Shields. Polycarbonate Cashier Screens are more important than ever before. We manufacture multiple shapes and sizes to fit any QSR in the United States with quick turn-around times for small and large quantity orders. 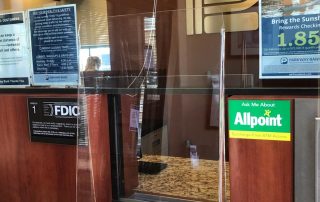 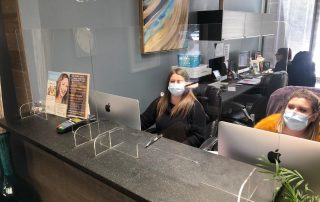 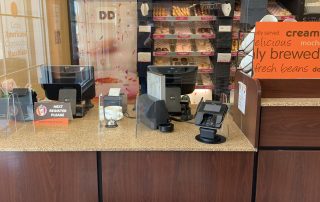 SEAL-N-KILL contains antimicrobial copper and zinc which work synergistically with patented Agion Antimicrobial technology. The metal ions are time released under the same conditions that cause microbial growth. The antibacterial, antifungal and antiviral properties of metal ions have been extensively studied.

The non-scratch acrylic finish is easy to clean. SEAL-N-KILL retains is antimicrobial properties for at least a year and the specially designed adhesive enables removal while remaining firmly stuck onto the application surface. It is the perfect solution to protect frequently touched surfaces in apartments, schools, medical facilities, offices, hotels, dormitories and cruise ships.

Seal-N-kill is impregnated with silver and copper in a patented zeolite carrier that allows a controlled release of metallic ions under microbial growth conditions. The antibacterial, Antifungal and antiviral properties of metal ions have been extensively studied.

Approved microbiology testing procedures are well known and give the most accurate, specific results for pathogens or bacteria on a surface, but results are slow and tests are expensive as they are performed under controlled conditions in an experienced lab.
There are several procedures used to determine presence of microorganisms and antimicrobial activity on surfaces.
Use of cultured media placed onto a test surface

Swabbing
The test surface is thoroughly swabbed
The swabs are placed into a specific microorganism enrichment broth. For transport to a lab. For accurate results the swab samples should be frozen.
The sample is then transferred onto an appropriate agar plate medium for the target organism being sought.
Report the target microorganism as present or absent.

Testing takes 2-4 days and require a microbiologist for interpretation.
NOTE: There is no simple quick test to determine antimicrobial activity or presence of specific live organisms. Representation otherwise is false and misleading.

1) Transparent
2) Durable, flexible polymeric film will not crack or peel after application.
3) Easy to cut to size, fit, peel and apply to commonly touched surfaces including flat, angled, curved and circular shapes.
4) Adhesive also contains antimicrobial which leaves residual after removal.
5) Safe to use around food and in food preparation areas.

Neutralux is a 4 mil film combined with a silver-based top coat and hard coat that makes it microbial and scratch resistant. The film can be applied to surfaces in order to inhibit growth of microbes, which can cause odors and stains. Madico’s top coat continuously kills microbial contaminants and resists microbe growth on the surface of the film, providing the film with built-in protection without releasing toxic substances into the environment. The active ingredient in the top coat is EPA-registered and FDA listed. Neutralux can be replaced as needed based on the degree of wear and traffic.

All thicknesses are based on nominal data.

How Neutralux Works on Surfaces 
The NEW professional portable and cordless electrostatic sprayers are designed for Sanitizing and Disinfecting commercial facilities. It’s capable of sanitizing up to 40,000 sq. ft. of coverage on one full tank. It’s the most effective and efficient method for eradicating the novel coronavirus (COVID-19).


SaniPro Sprayers are a reliable way to eradicate the Coronavirus from your facility. Don’t wait until it’s too late. 
With the newest technology in disinfection, our sprayers are effective and reliable. While being more affordable. SaniPro Sprayers are
currently in stock!

A high quality sprayer
at an affordable price.

Effective & Efficient
The most effective and efficient method for eradicating the novel coronavirus (COVID-19).

Designed to be easily worn on your back and to disinfect large facilities up to 40,000 sq. ft. on
one tank.